The history of windows – part I

We are opening a new series of texts on our blog in which we will introduce you to the history of windows. We will start with the very beginnings of civilization and the first human settlements, and end with modern times. In the first article, we discuss windows from antiquity to the middle ages. We invite you to read!

In ancient times, houses were built with a smoke hood – an opening in the roof over the hearth, through which smoke escaped. It was thanks to him that a little daylight got inside the building. If the hole was placed at the top, it was called an “owl’s hole”. In the Etruscan settlements, on the other hand, there was also a compluvium , i.e. a rectangular oblique opening in the roof above the atrium, which was used to collect rainwater in the pool called impluvium , and also to provide additional lighting for the interior.

The outer walls were built with visors – small openings through which light could enter. To protect against wind, cold and rain, these openings were covered with transparent materials such as animal skin or a pig’s bladder.

Today, what such houses with smoke boxes and sight glasses looked like can be seen in open-air museums all over the world.

The earliest examples of glass-pane windows were found during archaeological excavations in the Roman cities of Pompeii and Herculaneum on the Gulf of Naples, which were destroyed during the eruption of Mount Vesuvius in 79 AD.

During the excavations carried out in both cities, various profiles of skylights and windows made of wood, iron and bronze were found. In addition, brackets and other fittings were also discovered.

We know that the Romans invented window glass production technologies such as the glass casting method or the cylindrical glass production method. The glass produced in this way was thick, with a greenish tinge, and therefore not fully transparent. The alternative were panes made of the translucent mineral lapis specularis , or selenite, otherwise known as the “moon stone”.

With the fall of the Roman Empire, knowledge of the technology and techniques for producing window glass was lost. It was not until the later Middle Ages that Catholic monks resumed its production.

The Viking Age houses were concentrated around the “long fire” – an elongated hearth in the center of the building. There was a chimney above the hearth – an opening in the roof through which smoke could escape, and the sun’s rays penetrated inside and illuminated the interior of the room.

In the Viking Age, smoke boxes were moved from the ridge to the sides of the roof, possibly to provide more daylight in the rooms.

The English word window comes from the Old Norse name vindauga : vind meaning roof and auga – eye. When the Danish kings of Swen Forkbeard and Knut the Great conquered England in the years 990-1016, the Old Norse term vindauga entered the English language, eventually transforming into the word window , which is known to this day.

In the Middle Ages, two architectural styles were important – Romanesque and Gothic.

The Romanesque style was characterized by massive, powerful brick buildings, mainly castles, and those of a sacred nature – churches and monasteries. Windows from this era are quite slender, with a semicircular arch that supports the wall in a stable structure. The diagonal jambs surrounding the windows allow more daylight into the building.

The semicircular arch, colorful stained glass windows and ornate jambs are clearly inspired by the architecture of ancient Rome. The style of windows from this era is repeated in neo-Romanesque buildings from the 19th century.

The second important architectural style in the Middle Ages was the Gothic style.

In the Gothic Middle Ages, thanks to the development of the technology of the buttress system, which allowed the transfer of heavy wall loads to the ground, it became possible to erect incredibly tall and slender buildings. At the same time, the introduction of a sharp arch (henceforth called the gothic one) allowed the windows to achieve unprecedented dimensions. They can still be admired in Gothic cathedrals, where daylight shines through the colorful stained glass windows, creating an amazing, sacred atmosphere.

The Gothic style was an inspiration in later times for other architectural trends, such as historicism and neo-gothic in the nineteenth century. The aim of the architects was, among other things, to recreate the effect with which light entered the interior through the gothic windows.

Soon the second part of our window history . How to protect your home from heat? 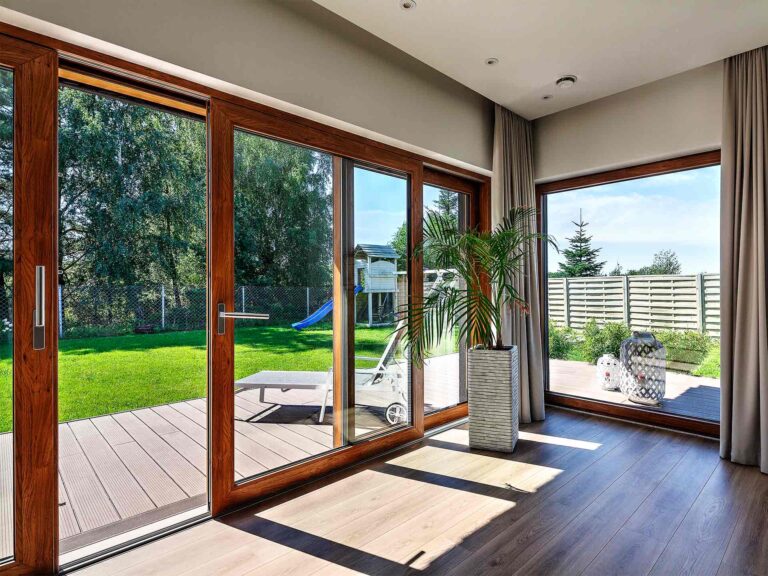