A proven way to improve your safety. 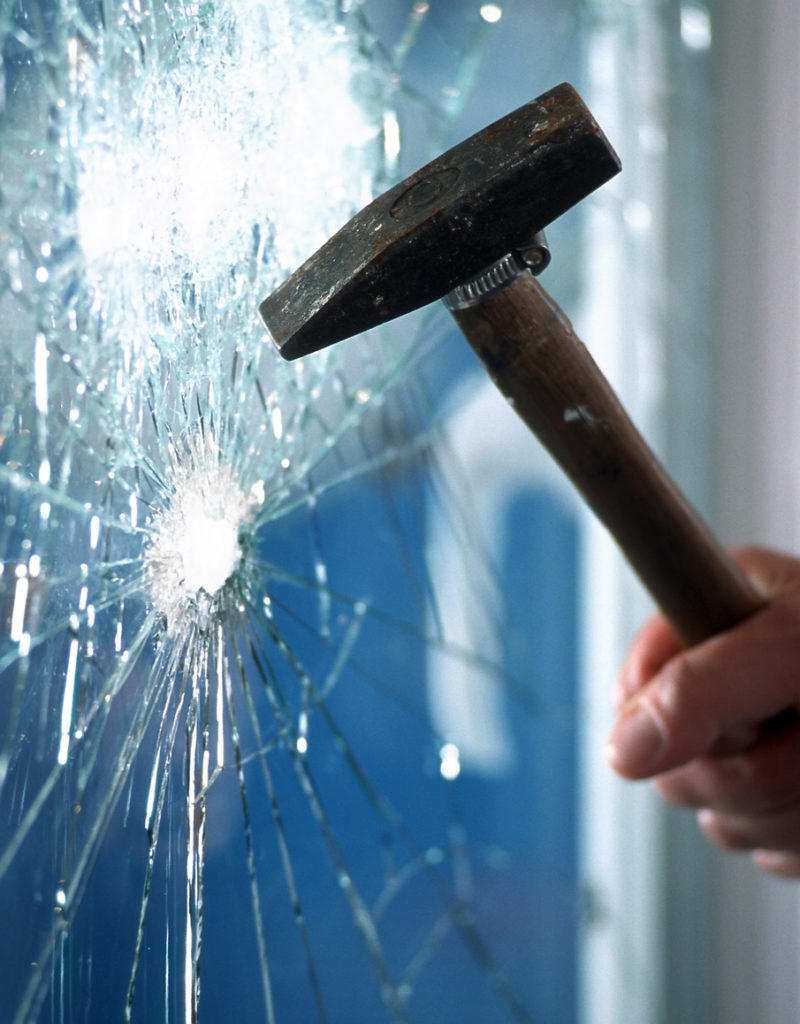 The development of technology has contributed to an increase in the requirements for window joinery. Nowadays, we pay attention not only to whether a window has good thermal insulation and provides sufficient light in the interior, but also to other aspects. Currently, anti-burglary and safety glass is being produced, among other things.

Definition and construction of safety glass

Glass referred to as safety glass usually consists of two panes of glass. Between them is a PVB (polyvinyl butyral) foil layer, 0.38 mm thick. It is used to provide additional protection to the glass. In the event of an impact with a glass pane, the foil holds the cracked glass and prevents it from spreading. This solution is also used in the windscreens of passenger cars. The glass described is called laminated glass (VSG). The most common variant is a glazed unit consisting of two sheets of glass (each 3 mm thick) separated by a PVB foil.

It is worth remembering that although the term safety glass is often used to refer to 33.1 glass, it describes a wider range of products.

A separate type of safety glass is tempered glass (ESG). The tempered glass, which is 6 mm thick, is characterised by greater resistance to breakage than its laminated counterpart. This is due to the increase in flexural strength achieved by the tempering process. However, following an impact, tempered glass immediately shatters into small pieces with blunt edges.

Tempered glass – how is it made?

Tempering glass involves heating it to a high temperature (above 600° C) and then rapidly cooling it. This treatment makes tempered glass more thermally resistant than float glass. It also has better bending strength. They are used in areas that are subject to strong sunlight. In addition, tempered glass is used when safety materials are required.

Legal regulations, specifying the definition and division of safety glasses, can be found in standards: EN ISO 12543-2 and EN 12150-1. The documents set out the conditions that glass must meet to be considered as safe. In addition, glazing has been divided into 3 categories. Assignment to a group depends on the behaviour of the glass when tested for fracture toughness. The test is carried out using a soft pendulum, weighing 50 kg. It is used to strike the glass and thus simulate an accidental impact on the glass pane (e.g. with a ball). For example, the previously shown safety glass 33.1 is assigned to category 2B2. You may come across this designation when looking through the window documentation.

What is anti-burglary glass?

Another type of product is what is commonly referred to as anti-burglary glass. It is worth realising that – despite their name – this glass does not provide total protection against an intruder. However, they make access to the house more difficult. They therefore contribute to delaying burglary. This ensures that residents have time to react appropriately.

According to the standard, anti-burglary glass is divided into 8 classes. In classes P1A to P5A the element used to simulate the impact is a steel ball with a mass of 4.11 kg. It is dropped onto the glass from a certain height to test the strength of the product. The different classes differ in the number of strokes of the ball, as well as the height from which it is lowered. For classes P6B to P8B, the tests are carried out using an axe and a hammer. Glazing marked in this way is characterised by the highest resistance to manual attack. Importantly, tempered glass is not used as an anti-burglary glass. According to the standard, only laminated glass can perform this function.

Laminated glass of at least P3A class is used, among others, for shop windows in commercial buildings, museums and jewellery factories. However, do not forget that the glass is one of the components of the window. Its anti-burglary properties should therefore not be equated with the resistance of the entire window to manual attack. The regulations for windows and doors with increased burglary resistance are described in EN 1627 standard. According to this, products are assigned to one of three resistance classes. One of the requirements for high burglar resistance glass, listed in the standard, is that the glass should be at least P4A class. For this reason, P4A laminated glass – with VSG 44.4 construction – is often referred to as anti-burglary glass.

Glazed units, which are commonly referred to as anti-burglary, are one of the elements that are worth using to secure your home against burglary. They are not able to fully protect the interior from intrusion by an unwanted person, but they effectively make it difficult. Laminated glasses with several layers of PVB film are also a good choice if you are looking for suitable windows for a child’s room. Another solution that works well in a toddler room is tempered safety glass.

The most common protective glazing used in residential construction are the following products:

It is also worth mentioning the possibility of using an acoustic foil in the glazed units shown above. It contributes to reducing the noise level reaching the interior, which increases the functionality of the window.